Invest in your students

AEC is CSBA’s premier continuing education program—delivering practical solutions to help governance teams from districts and county offices of education improve student learning and achievement. Whether you are a veteran board member, a superintendent, a board support professional or a first-time attendee, you’ll come away from conference with practical ideas and a renewed commitment to help your board accomplish the critical work ahead.

Your students are counting on you.Invest in your students and schools by attending CSBA’s 2022 Annual Education Conference. Get information, share insights, find solutions and ways to raise student achievement levels at the more than 100 highly focused sessions this year.
Partner with education experts.Find out how our business partners can help you effectively manage and lead your schools with the various product and service solutions they offer.
Get the latest education trends and issues.Whether it’s issues related to budget and finance, student achievement, governance, school safety, common core, community engagement, communication or collaboration, this premier event focuses on key areas to guide governance teams through tough fiscal times.
You can't afford not to attend.This is the only leadership development opportunity that offers the governance perspective. Partner directly with leaders in the education arena and collaborate with your peers to tackle the issues you face in your own school district or county office of education.

SpeakersAdditional speakers are to be announced

#1 NYT Bestselling Author, Educated
Tara Westover is an American author. Born in Idaho to a father opposed to public education, she never attended school. An older brother taught her to read, and after that her education was erratic and haphazard, with most of her days spent working in her father’s junkyard or stewing herbs for her mother. She was seven-teen the first time she set foot in a classroom. After that first encounter with education she pursued learning for a decade, graduating magna cum laude from Brigham Young University in 2008 and subsequently winning a Gates Cambridge Scholarship. She received an MPhil from Trinity College, Cambridge in 2009 and in 2014 was awarded a PhD in history. In 2018, she published her memoir, Educated, which explores her struggle to reconcile her desire for education and autonomy with her desire to be loyal to her family. Educated was an instant commercial and critical success, debuting at #1 on the New York Times bestseller list and remaining on the list for more than two years. It was also a finalist for a number of national awards, including the Los Angeles Times Book Prize, the PEN/Jean Stein Book Award, and the National Book Critics Circle Award. The New York Times named Educated one of the 10 Best Books of 2018, and the American Booksellers Association voted it the Nonfiction Book of the Year. To date, Educated has sold more than 8 million copies and has been translated into 45 languages. President Barack Obama included Educated on his annual reading list, calling it “remarkable,” and Bill Gates listed it as one of his favorite books of the year, saying, “It’s even better than you’ve heard.” For her staggering impact, TIME Magazine named Westover one of the 100 most influential people of 2018.
Read more 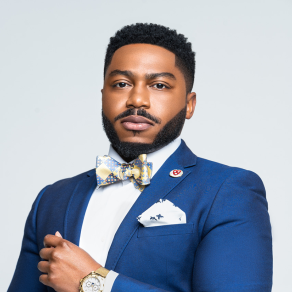 Nationally-Acclaimed Educator, Award-Winning Author of MISEDUCATED, Former Debate Coach at Harvard University, and Founder & CEO of The Veritas School
Brandon P. Fleming is a nationally acclaimed educator and author of MISEDUCATED. His story of struggle, success, and service has inspired millions around the world. An at-risk youth and college dropout turned award-winning educator, Fleming is a former debate coach at Harvard  University  and  Founder  & CEO  of  The Veritas School of Social Sciences, formerly known as the Harvard Debate Council Diversity Project.  Over the past five years, Fleming has raised over a million dollars to enroll over 150 students of color into Harvard’s international summer debate residency on full scholarship. Fleming recruits under-served youth with no prior debate experience who he then trains to compete against hundreds of elite debaters from over 25 different countries around the world. For five consecutive years, since the program’s inception in 2017, every cohort trained by Fleming has won the international competition. News of the achievement instantly went viral and broke national headlines, being featured on CNN, ESPN, Good Morning America, and many more. The organization has gained the financial backing of Fortune 100 companies such as The Coca-Cola Company, UPS, Chick-fil-A, and many more. Fleming has established a groundbreaking organization that is positioning Black youth for acceptance into Ivy League and elite colleges & universities. His students have now matriculated to Harvard, Yale, Stanford, and others alike. Fleming’s story and achievements have enabled him to use his voice to inspire and impact lives in places ranging from federal prisons to global platforms such as the United Nations General Assembly. At the age of 29, Forbes Magazine named Fleming to the Forbes 30 under 30 list. In 2020, The Root Magazine named Fleming one of the top 100 most influential African-Americans in the United States.  And in May 2021, North Carolina Wesleyan College bestowed upon Fleming the honorary Doctor of Humanities degree.
Read more

The Community Engagement and Advocacy strand speaks to the school district and county board of education member’s leadership role in building collaborative relationships with stakeholders, community partners and decision-makers to generate support for public schools and student achievement in all local areas, including rural and remote communities.

Topics could include: local and grassroots advocacy; organizing; lobbying the Legislature; forming political partnerships; business, nonprofit and higher education partnerships; philanthropy and corporate partnerships; forming partnerships with health and wellness providers; partnerships between county offices of education and school districts; Local Control and Accountability Plan and stakeholder participation; connecting with faith-based communities to reach families; marketing and promoting schools; social media and digital communications for reaching new generations of parents; crisis communications; creating identifiable brands for schools; parent and community engagement; and programs and strategies for welcoming and engaging families, including the creation of parent resource centers or multilingual parent/family liaisons engaged in proactive relationship building that may include efforts towards rebuilding enrollment.

The Equity and Opportunity strand explores the relationships between funding for schools, student achievement and access to a meaningful diploma upon graduation for all California students enrolled in school district or county office of education programs. This strand also touches on how decision making through an equity lens can effectively respond to the diverse needs of students so that all students, whether they are enrolled in Independent Study or in-person instruction, have access to a broad, rigorous and equitable course of study.

The Funding and Finance strand underscores the importance of ensuring that all students enrolled in school district and county office of education programming benefit from the resources needed for a high-quality education, which includes a broad spectrum of learning opportunities via technology and in the classroom.

The Leadership Through Governance strand aims to equip school district and county board of education members with leadership skills, qualities, strategies and techniques to become effective agents of change in order to become a high-functioning team.

Topics could include: the art of boardsmanship; the board member role in developing a positive school district/COE culture; teambuilding; leadership and decision making in crisis; board self-evaluation; board–superintendent relations including between an elected COE board and elected superintendent; superintendent contracts, hiring and evaluations; conflict resolution; the use of data in making decisions; school district and county office relations; county office of education services and support; policy and protocols to support good governance; goal setting and budget alignment; election by trustee area; leadership role of the board president; understanding and following parliamentary procedure; Form 700 and conflict of interest; ethics and transparency; California Public Records Act; the Brown Act; orienting new trustees; charter school oversight; school closures and redistricting; using data to inform decision making; candidate orientation; trustee role in negotiations; accountability; and the role of student board members.

The Well-being and Mental Health strand encompasses the myriad ways wellness and mental health contribute to educating the whole child, including the social-emotional needs of school district and county office of education students, staff, teachers and families, the programs in place at different schools, and social and mental health services and partnerships between school districts and COEs and private and public entities.

Thank you to our 2022 Sponsors

CSBA would like to thank the sponsors of the 2022 Annual Education Conference. Without their support, we would not be able to provide the high-quality speakers and events that make the conference such a success. The 2022 AEC sponsors include: